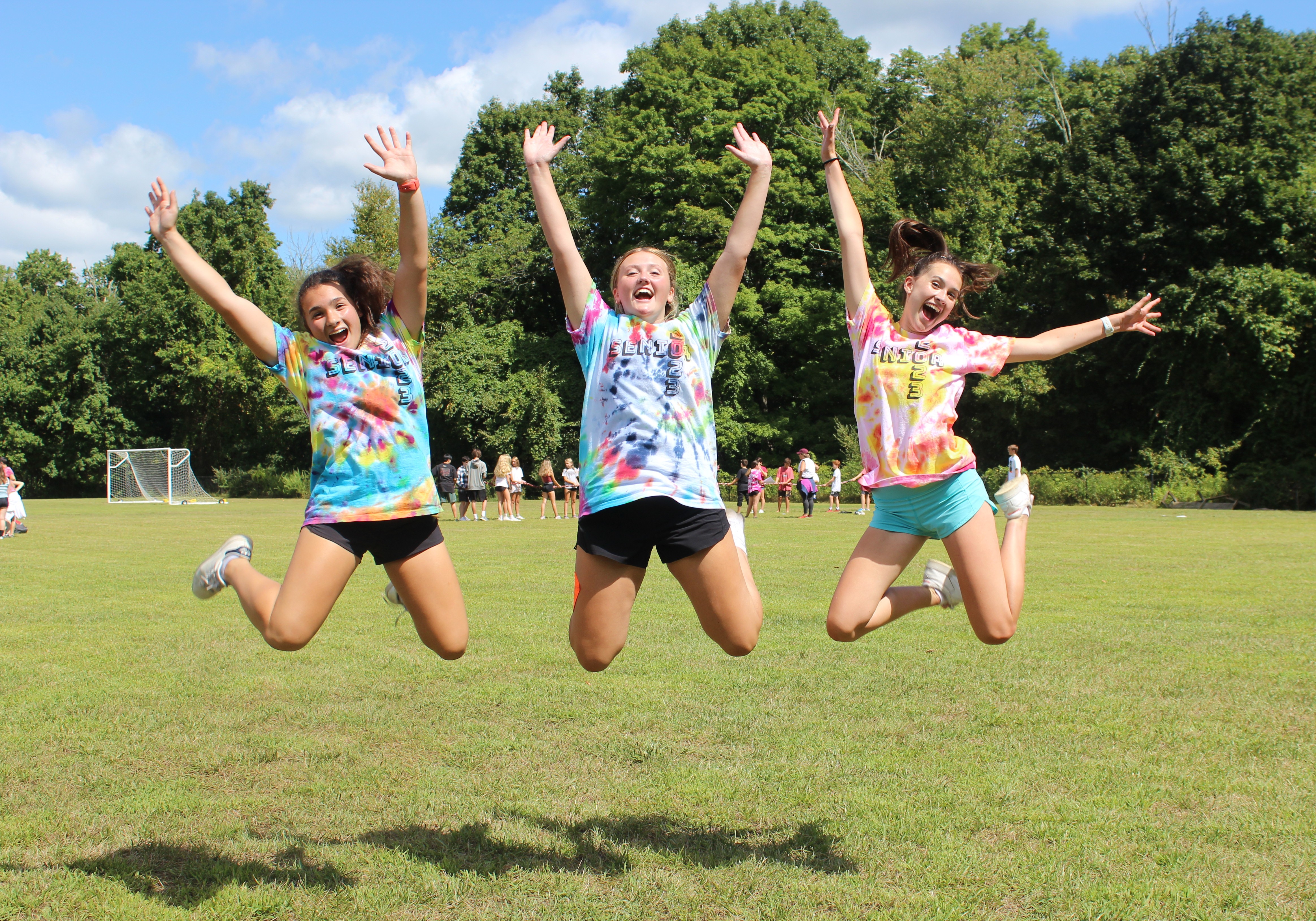 Seniors Presley, Katherine and Cara at the Wooster Olympics

New beginnings are a mix of emotions. The start of school means the return of routine, friendships renewed, but also the difficulty of settling into a new routine. For new kids there is the making of new friends. For new teachers there is a new environment and new students. There are challenges as well as pleasures. Perhaps the beginning of the school year is a way of learning how to find one's feet and how to find balance in an altered environment every year. Maybe this is a valuable life skill.

This year, school started on Tuesday September 6th. After a summer of drought, it poured with rain all week which led to some schedule changes. On Tuesday we had Advisory in the morning, in the afternoon we spent 10 minutes at each of our classes meeting our teachers. The Olympics was originally on Wednesday but due to weather the Wednesday and Thursday schedules switched, making Wednesday our first full day of classes! 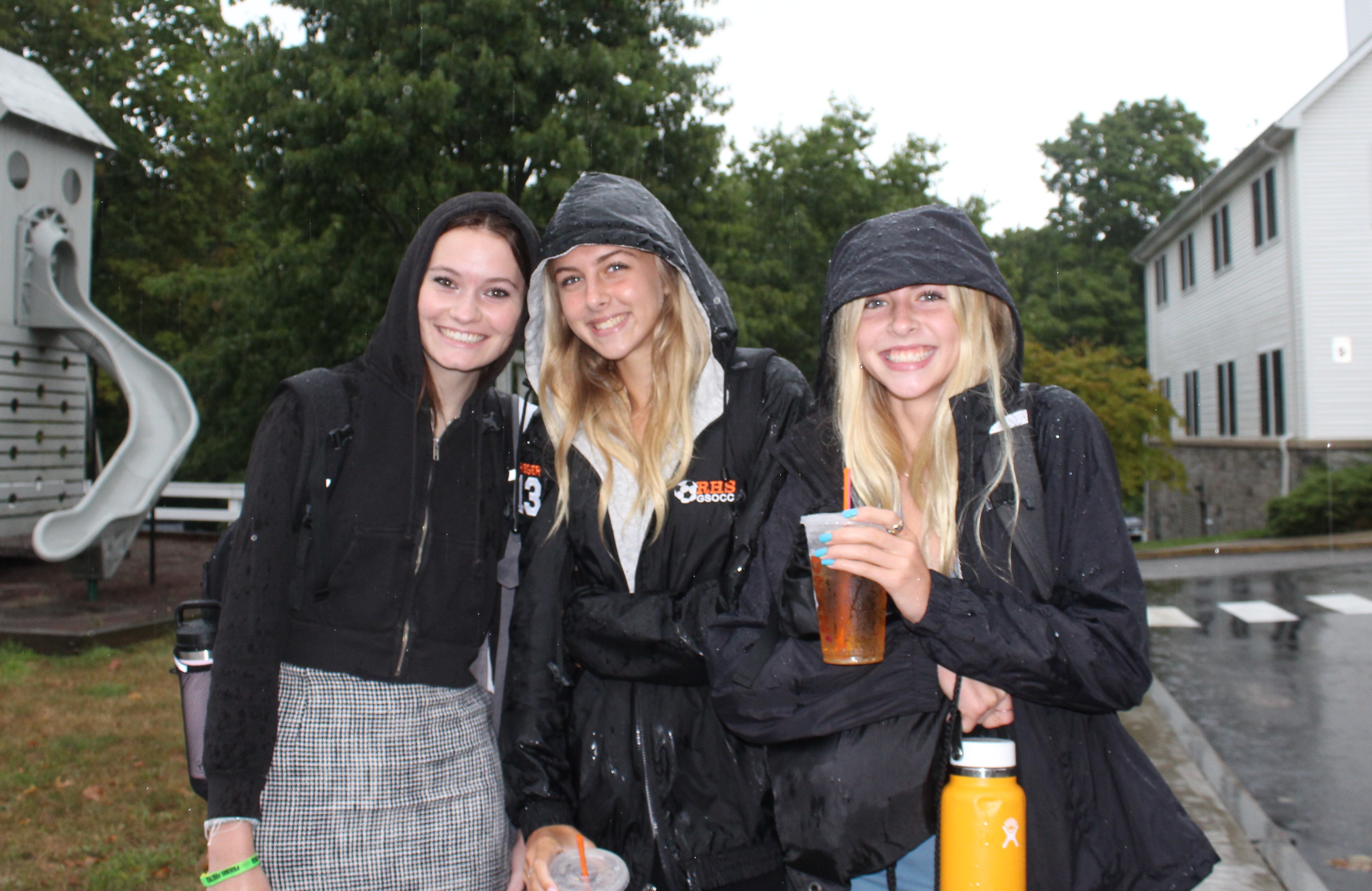 The first week of school is filled with tradition, one of those being the annual Wooster Olympics. Along with the Olympics, both the girls and boys soccer teams had games. The girls had a big 6-0 win against Hamden Hall on Wednesday and the boys tied 2-2 in a scrimmage against South Kent on Thursday. This year we had Convocation on Friday the 9th. Convocation marks the beginning of the final year for the seniors, and recognizes the Crayons to Commencement seniors for being at Wooster since lower school. 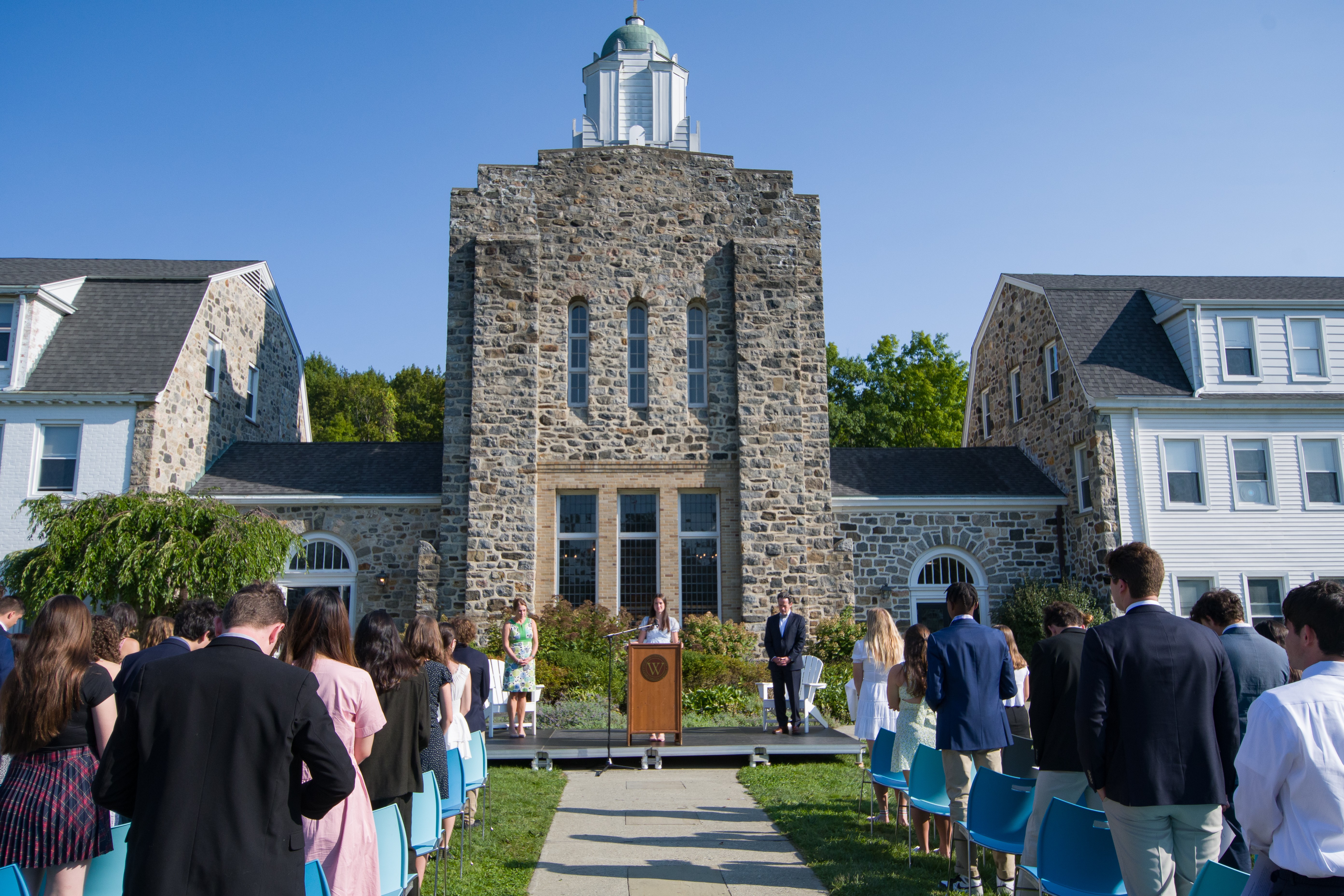 Convocation was held on Friday on Coburn Lawn

After a busy few days, the cast list was released on Friday evening for the Fall Play, and for many players and fans, the day ended after 7:00pm, as the volleyball team went into a five-set thriller against Hamden Hall. Overall, the Wooster community seems to be jumping right back in, and happy to be together again.

Wishing all a good new beginning to the school year!