<Back to News
Boys Soccer Updates: Week of 9/16 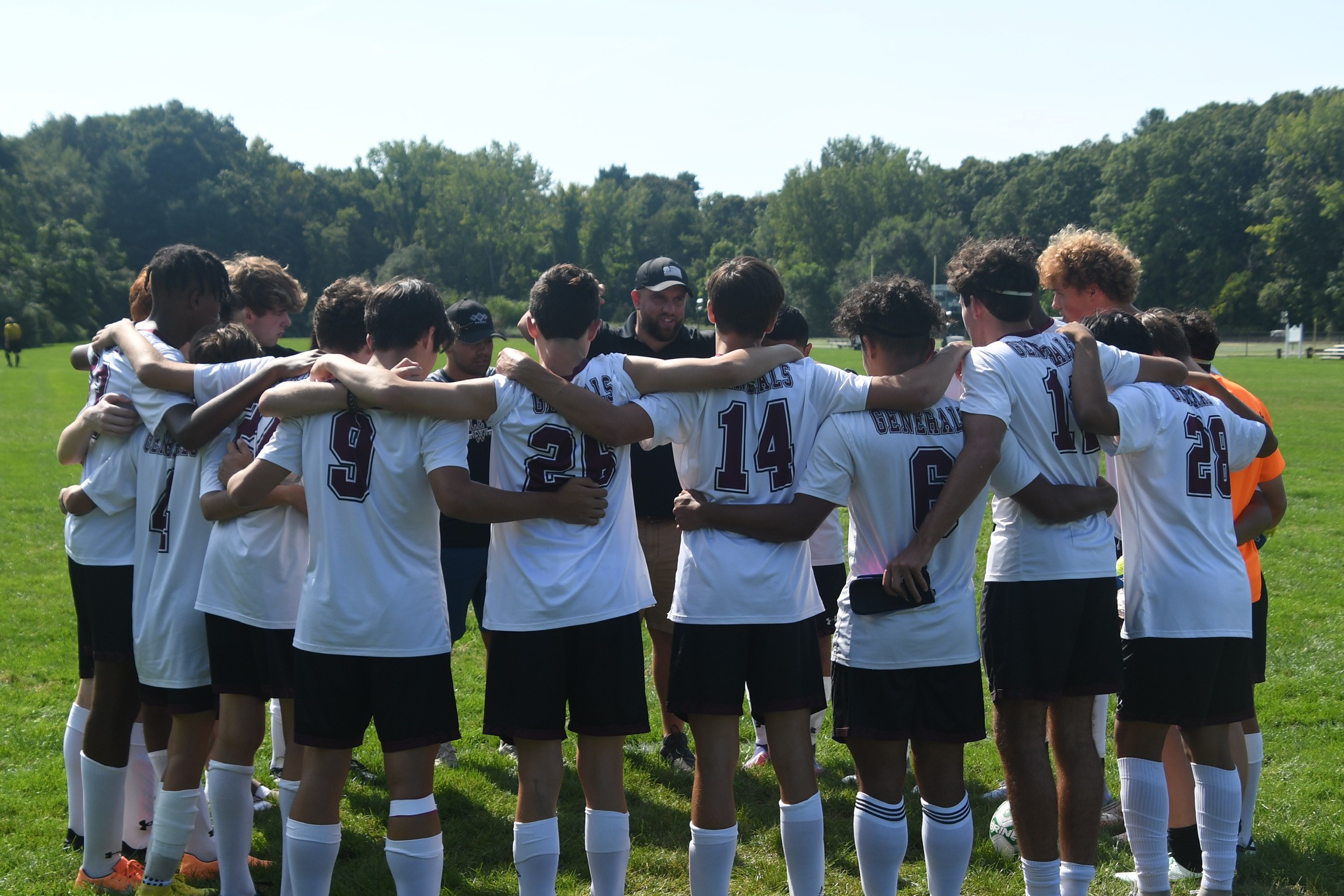 Over the weekend the Wooster Boys Soccer team traveled to Hamden Hall Country Day School. We were looking forward to our first away game of the season and also searching for our first win of the season. The game started off slow as we were getting used to the field. Twenty minutes into the game, sophomore Jack Foster took the ball down the line and beat the Hamden Hall defender with speed and finesse to cross the ball from the edge of the box. Jack found senior Chris Lopes, in front of the six yard box who calmly hit the ball with his head into the bottom left of the net putting Wooster up 1-0. The second goal came from Sophomore Brayan Tenesaca after a cross from Senior Max Ranville. Max took the ball down the wing, beating two players to put a cross through the Hamden Hall defenders in the box to find Brayan at the back post away from the reach of the keeper. After the game Chris was interviewed about this view of the team and the game, "Something that went well for the team was our ability to keep pressure in the attacking third of the field." When asked where the team can improve Chris answered, "Something that we can improve on is getting more shots off from outside of the box instead of dribbling and getting the ball taken away." The game was full of energy as the Wooster Boys were cheered on by Wooster students. Senior Elise Newman was interviewed about her view on the game, saying, "I was surprised how well Chris did at striker even though he is a defender most of the time."

After a slow first half, it ended 2-0 to the Generals and we gathered around Coach Malta for a halftime talk. The second half started and Hamden Hall struck early to make the score 2-1 putting pressure on us. Energy on both teams rose as Wooster looked to add to our lead and Hamden Hall looked to level. As the midfielders had the ball, a foul was committed giving us a free kick 40 yards from goal. After seeing the open space behind the opponent's defense, Sophomore Jordan Seng played the free kick quickly to Brayan over the Hamden Hall center backs. As Jordan placed the ball, Brayan sprinted past defenders in order to give himself time to control the ball. With close control and a defender on his back, Brayan spun around the defender with the ball at his feet and touched the ball away as the keeper came out. Brayan touched the ball away from the keeper and shot the ball past the defenders in the net to take back Wooster's 2 goal lead. Sophomore Michael Guillcatanda had a memorable game scoring his first goal as a general. His goal came from a cross from Sophomore Jeremy Ortega, which was placed perfectly at Michael's left foot after bouncing through 3 defenders. Michael took a touch into space, lifted his head, and ripped a shot into the bottom right corner, not giving the goalkeeper a chance. "Something that went well for the team was our ability to keep pressure in the attacking third of the field," Chris stated in his post match interview.

As the game came to an end Sophomore Ryan Vincent came into the game as a striker. With the ball at his feet he took on a center back and cut into the middle at the edge of the box to find Brayan 25 yards away from goal. Chris spoke about Brayan's goal and said, "A highlight of the game was Brayan scoring from 25 yards out. This was a highlight of the game because it brought energy to the team and was a key factor of why we won this game." Before receiving the ball, Brayan looked up to see the closest defender in front of him 5 yards away. Brayan decided to rip a shot into the top right corner to give Wooster a comfortable 5-1 win away at Hamden Hall.

On Wednesday the Wooster Boys Soccer team entered our home turf to take on Trinity Pawling. This was our first home game of the session and we needed to defend the turf. The game started off strong where Chris Lopes dribbled up the wing and crossed the ball to Jack Foster who would then score a goal. Later in the game, Trinity Pawling scored two goals to go up 2-1 at half time. We went into our halftime talk with Coach Malta with our heads down, but we all knew we still had more to show. A challenge that both teams faced throughout this whole game was how physical the game and mental games were. Players on both sides of the field caused multiple disagreements on the field which resulted in one red card for each team. Most of this game was played with only ten players on the field. When the second half started we had a lot of chances on net, but couldn't turn those chances into goals. Trinity Pawling would go on to score another goal sealing their win at 3-1.

Today, September 16, the Wooster Boys Soccer team is greeted by Williams School on our turf. We are looking forward to defending our home turf. Tomorrow, September 17, we are traveling all the way to Hartford to play Watkinson School.