<Back to News
Boys Soccer Updates: Week of 9/23 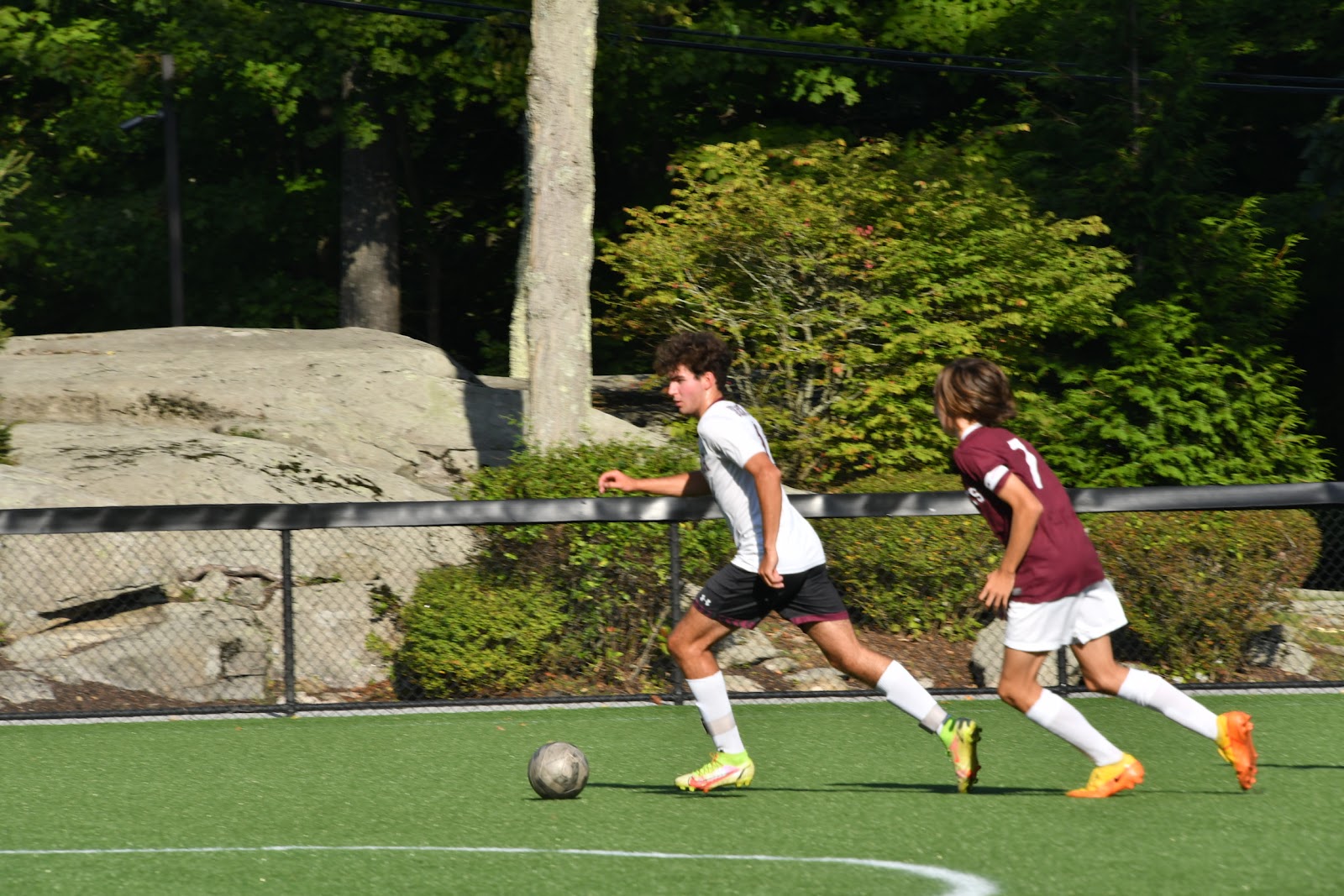 Senior Max Rainville, who had a hat trick against Watkinson this week

It's been a busy week for Wooster Boys Soccer. Last weekend, we played back-to-back games on Friday (Williams) and Saturday (Watkinson), and ended the combined games outscoring our opponents 11-2. We then faced our toughest competition yet on Wednesday, when we traveled to St. Luke's.

Over the weekend, the Wooster Boys Soccer team played two games back-to-back on Friday 9/16 and Saturday 9/17. It went pretty well, as we outscored our opponents 11-2 between the two games.

On Friday we played Williams at home. The game started off well with a goal from senior Chris Lopes. Williams leveled the game 1-1 to end the first half. Although it was a slow start, we came into the second half wanting to put the game away. In the second half, Chris scored two more goals to put Wooster up and secure his hat trick. Towards the end of the game, sophomore Michael Guillcatanda scored a goal to end the game with a 4-1 win to Wooster.

On Saturday, we played Watkinson away. The first goal came within the first five minutes from sophomore Brayan Tenesaca. The assist came from Chris Lopes who received the ball from senior Max Rainville. Chris passed the ball over the Watkinson defender where Brayan lobbed the ball over the keeper to score Wooster's first goal. The biggest contribution came from Max, who scored his first hat trick of the season with one of the goals coming from a penalty he won. Sophomore Michael Guillcatanda was also on the scoresheet, with his goal coming from a pass from Max, followed by a shot into the top left corner. This game showed that big goals can come from anyone when defenders junior Jack Zahner sophomore Jordan Seng scored. Wooster walked away happy with the win but not satisfied as we know we have to look ahead to the next game.

Most recently we played St Luke's. The game was away and we were looking forward to this important game. With two center backs out of the squad, the team's starting 11 were limited. Sophomore Ryan Vincent stepped up and played an amazing game. As a player on the team, I can say this is exactly what we needed. Ryan came into the game full of energy with non-stop hunger for the ball. With his quickness and composure on the ball, the right side of the field felt secured. We played an incredible second half full of energy and hunger but unfortunately not bringing the win home. Regardless, it was certainly a game to learn from.

Tomorrow we look to protect our home turf with another critical game against King School at 11am. Come support the Generals as this game is not one to miss.