We've finished learning all of the music for the musical. Now, we have to learn blocking and choreography. "Blocking" means where actors stand when. For example, sometimes I have to stand on a platform, other times I'm on the ground. This past week we got a lot of blocking done.

Monday: We reviewed some of the most complicated songs to make sure we knew them before blocking. Monday Art also meets on this day, and a large number of cast members take a Monday art. This narrows down the songs we can review by a lot.

Tuesday: Mrs. Simard was at the lower/middle school concert, so we couldn't review any music. Instead, we continued blocking and got through a good chunk of the first act.

Wednesday: On Wednesdays, we meet during the extra help period and rehearse through the end of the day. That means we get three hours of rehearsal time. We did more blocking, as well as some singing. Sometimes, the director wants to run through a scene with just two or three characters. That leaves the rest of the cast to sit around. Some things we do when we're not needed is eating snacks, braiding each other's hair, or glancing through the door to the Alumni Gym to watch a basketball game. If there's nobody in the Reception Center, sometimes we sit in there and play the piano or just talk to each other. We can't go too far, though, because if we're needed, we have to be ready and close by so we don't make everyone else wait.

Thursday: We began blocking the second act. The entire cast is in the first scene of Act Two, which meant that the entire cast needed to be onstage and quiet so we could listen to directions. 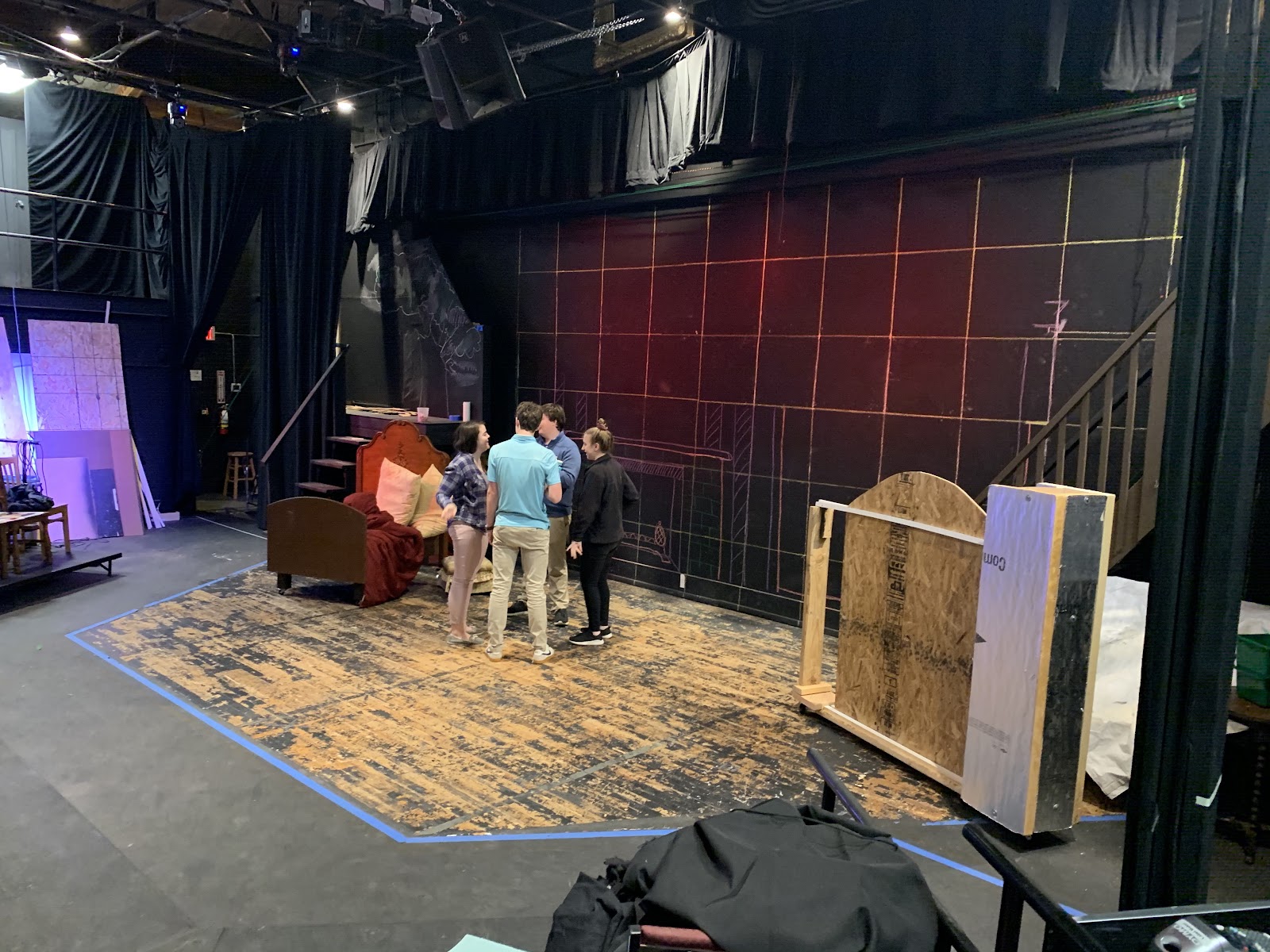