<Back to News
MacNutt Gets Pied!

Did anyone see the commotion on Coburn Lawn on Monday, when Mr. MacNutt took was getting pied in the face? By not one, but three students, nonetheless.

It wasn't a spontaneous event -- it was actually the third annual Pie Day and it is tied to Jump Rope for Heart every year. Alex Xanthos (4th grade) raised nearly $1,000 this year and the Elliott brothers (Ben in Kindergarten and Andrew in 3rd grade) combined to raise over a $1,000, which is why those three earned the highly coveted position of delivering the pies to Mr. MacNutt's face.

When asked how this became the traditional reward, Mr. MacNutt said, "I wanted to come up with a special way to thank the top JRFH fundraisers and I also thought it was an exciting and super fun way for all of the LS students to head off on summer vacation." 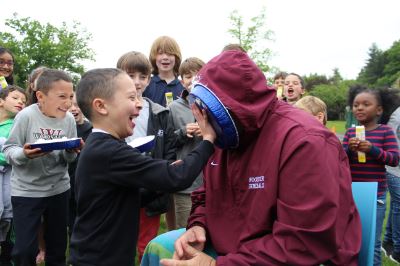 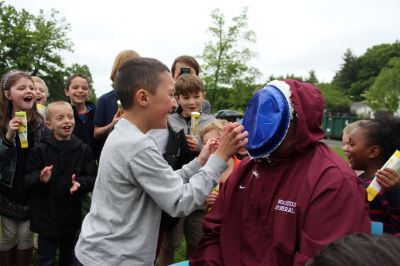 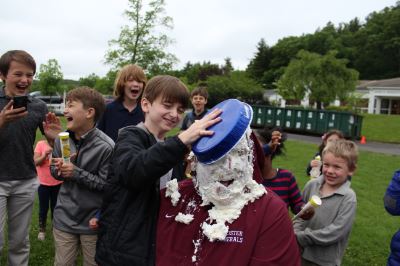 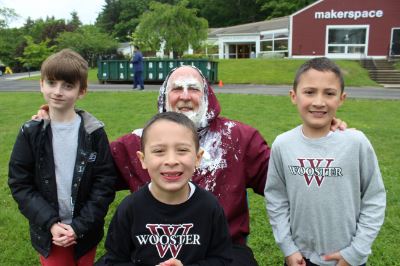