Come explore how a Wooster education can be a reality for your family. To recognize the unique context in which we're all living, we have streamlined our application process:

We invite you to visit campus virtually so you get to know us better and to learn more!

We invite you to visit our campus virtually so you get to know us better. Our intention is to provide you ways to hear how the Wooster community thrives with academic curiosity and student agency! Register today! 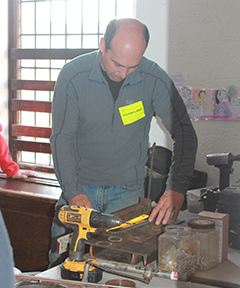 David Gelfman '85, the creator of the Wooster windmill, was the spring visiting artist at Wooster this week.

David has shown at the Aldrich museum in Ridgefield, the Katonah museum, and at several galleries in Connecticut and New York City. He has completed a major public commission at the Connecticut Children's Medical Center in Hartford, as well as private commissions for clients. His current work is a mixture of organic and geometric pieces.

David spent the day working on license plate sculptures in the Honor Room and discussing his work with the students and faculty who stopped by. He wrapped up his visit with a presentation to the Upper School students.

Many thanks to the Debbie Chodoff and the art department for welcoming David back to the Wooster campus.

David Gelfman was born in 1967 in Danbury, Connecticut. He grew up in Ridgefield and attended Wooster school, graduating in 1985. David earned a BFA from St. Lawrence University in 1989 in studio fine arts. He completed an MFA in sculpture at the Maryland Institute College of Art in 1994. Early childhood interests and lifelong distractions have helped form the foundations of his artistic endeavors. Starting in middle school he has collected farm machinery, vehicles and many other objects. Most of these offer visual inspiration while a few have been repurposed directly into art projects. The Ridgefield Studio is a jumble of machines and raw materials which coalesce into sculpture and Architectural metal work. David spends about half the year commercial fishing off Cape Cod. The fishing has lead to several projects including sculptural fish and a 24 foot mini submarine.

David shares his life with his wife, Claire Gladstone also Wooster class of 85' and their 9 year old son, Zane. Anyone interested in visiting the studio should contact David at mdagelf@aol.com. 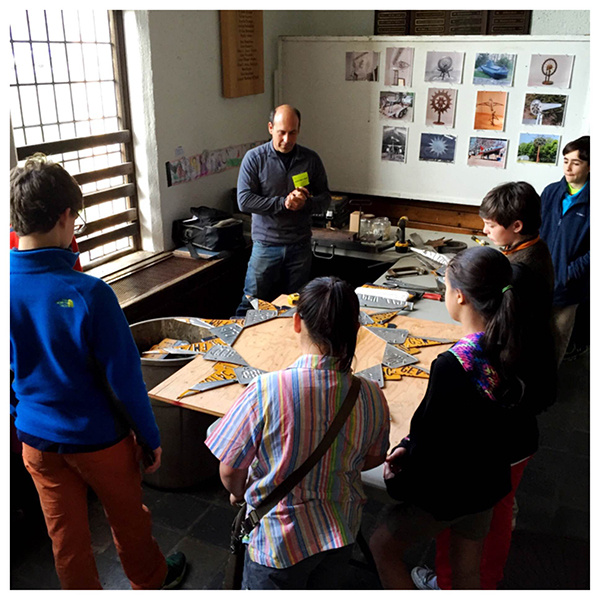 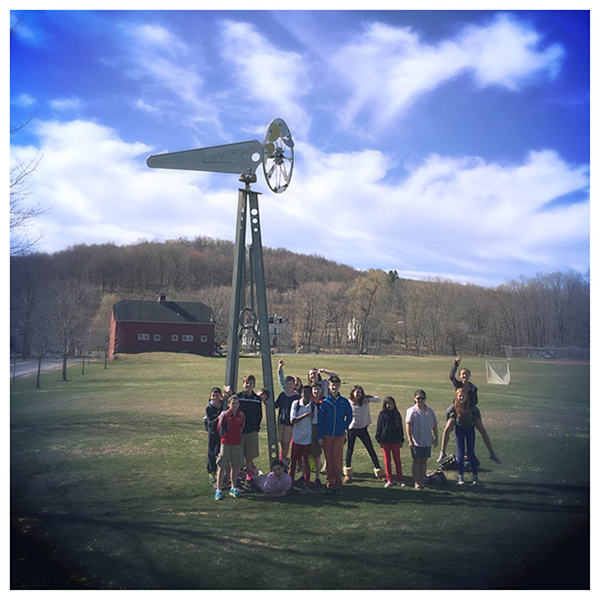 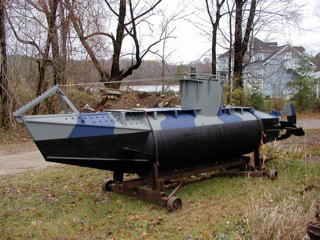