<Back to News
Congratulations to the Graduates of the Class of 2014! 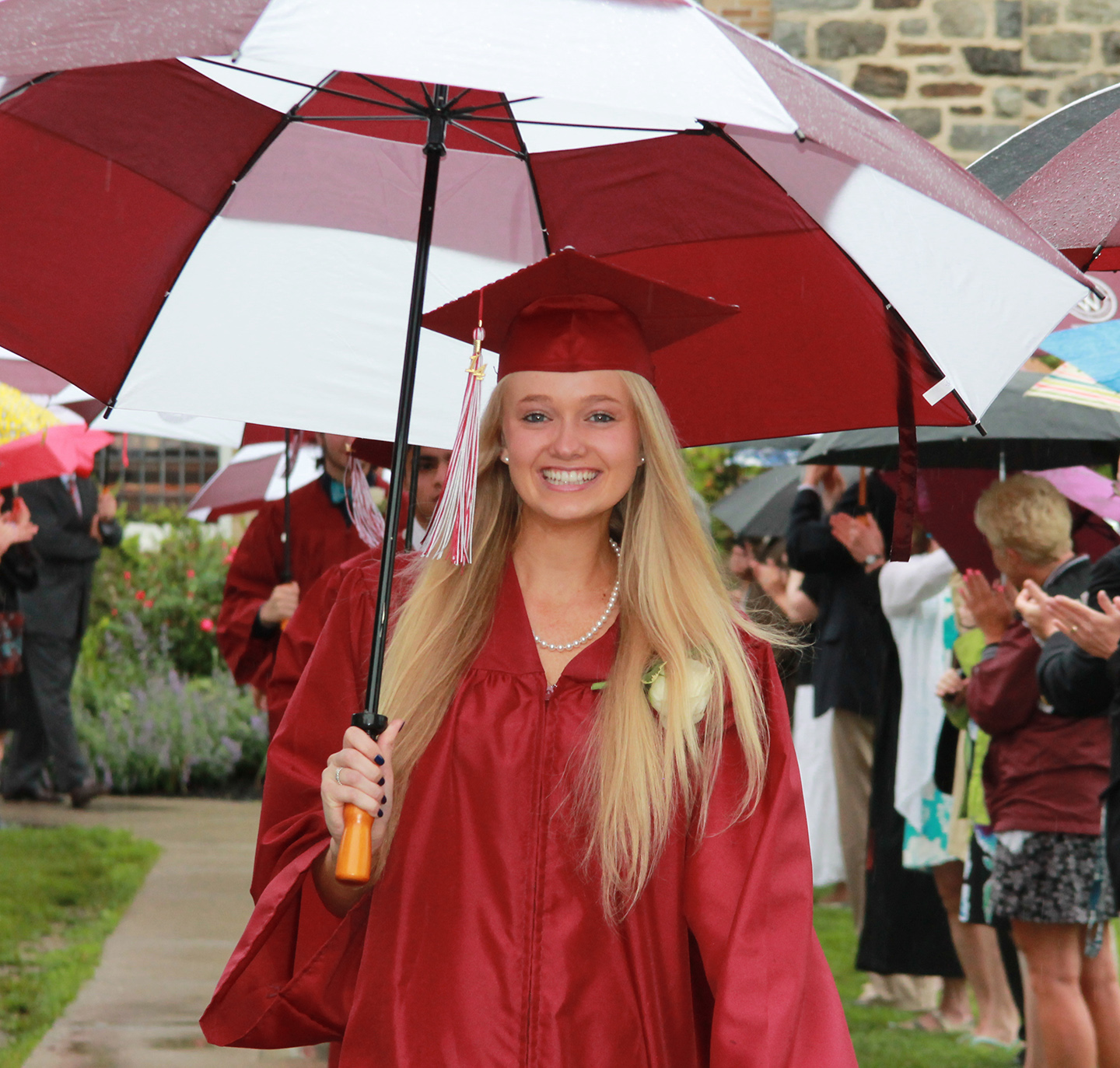 Wooster School held its Commencement Exercises on Friday, June 13, 2014, and celebrated the graduation of 32 students. These seniors join more than 3,000 alumni who have graduated since Wooster’s founding in 1926.

The ceremony featured a number of speakers, and the awarding of prizes and diplomas. President of the Wooster School Board of Trustees, Jim Mustich offered kind words to Wooster’s soon-to-be graduates. David Newman, Head of Upper School announced the honorees for, “Crayons to Commencement,” commending students who began their Wooster careers in the Lower School.

Senior Prefect, Lucy Kiely ‘14, announced the senior class gift. Funds raised by the senior class purchased a “Generals” mascot costume and will be given as a donation to the Wooster School Angel Fund. Prizes were given out for outstanding Senior Independent Study projects, academic achievements, and awards of character, followed by an address by the class orator, Steve DaSilva ’14.

Head of School Matt Byrnes presented the H. Korb Eynon Award, for enduring commitment and service to Wooster School, to Gaynor O’Neill, Assistant to the Head of Middle School.

Last but not least, before the seniors received their diplomas, Head of School Matt Byrnes spoke to the graduating class. “When you think you have figured it all out, and have seen it all, you’ve got an experience on your way that will disabuse you of that notion,” Byrnes remarked. He added, “The good life is full of the difficult and the unexpected, and about knowing what to be grateful for.”

Congratulations to the Great Class of 2014 for all of their accomplishments!

Class of 2014 Awards and Prizes

Cordelia Manning Award for Service to the Arts - Isabelle Ostertag